For some backstory, check out this post. To summarize, AT&T’s security cert expired. Without it, you cannot sync your modem. They could easily release the firmware update binary file to allow users to connect, but they won’t. (insert name calling here)

This policy motivated me to get my 2210 online at any cost. And now I’m documenting all my results so anybody else can also get their older 2210s online.

On older versions of the firmware, there was a simple way to activate telnet and access the rudimentary shell built into the Netopia SoC OS. AT&T disabled that on more recent versions, forcing me to look for a hardware-based method of access. 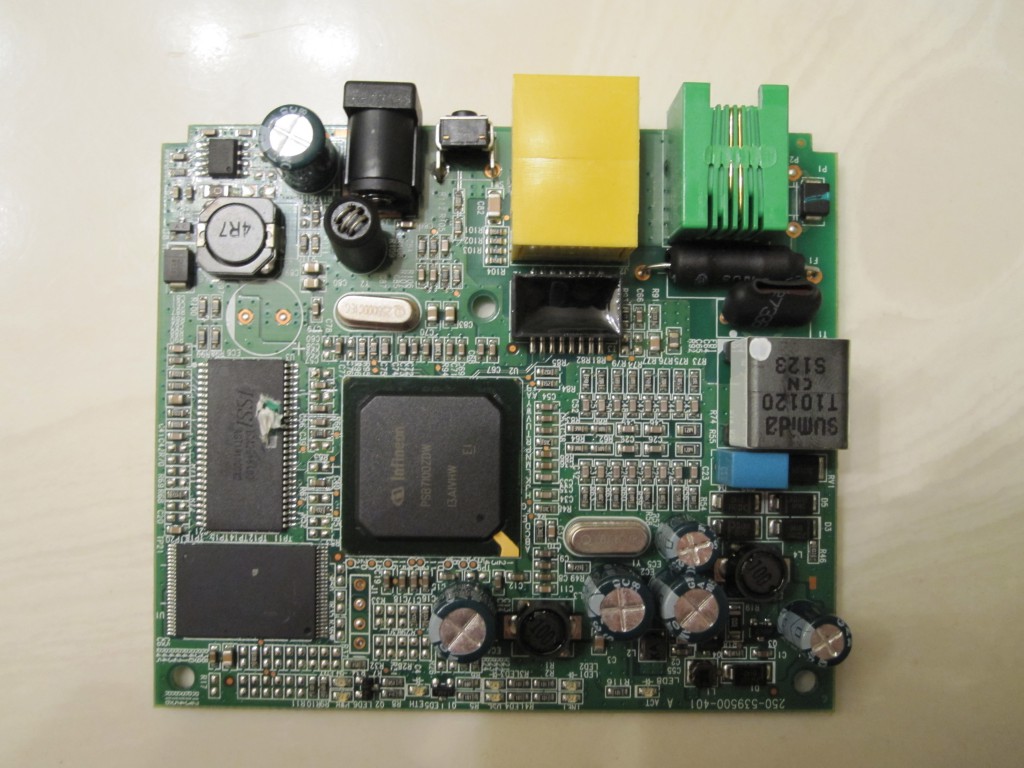 I was originally planning on having to dump either the flash or the memory, go through the dumps in a hex editor, and find either the certificates or the location of the config file (to activate Telnet). Luckily, it was much easier. The Infineon PSB7100 is based on an old TI AR-7 design architecture, which led me to my first clue: The TI AR-7 features a UART interface. 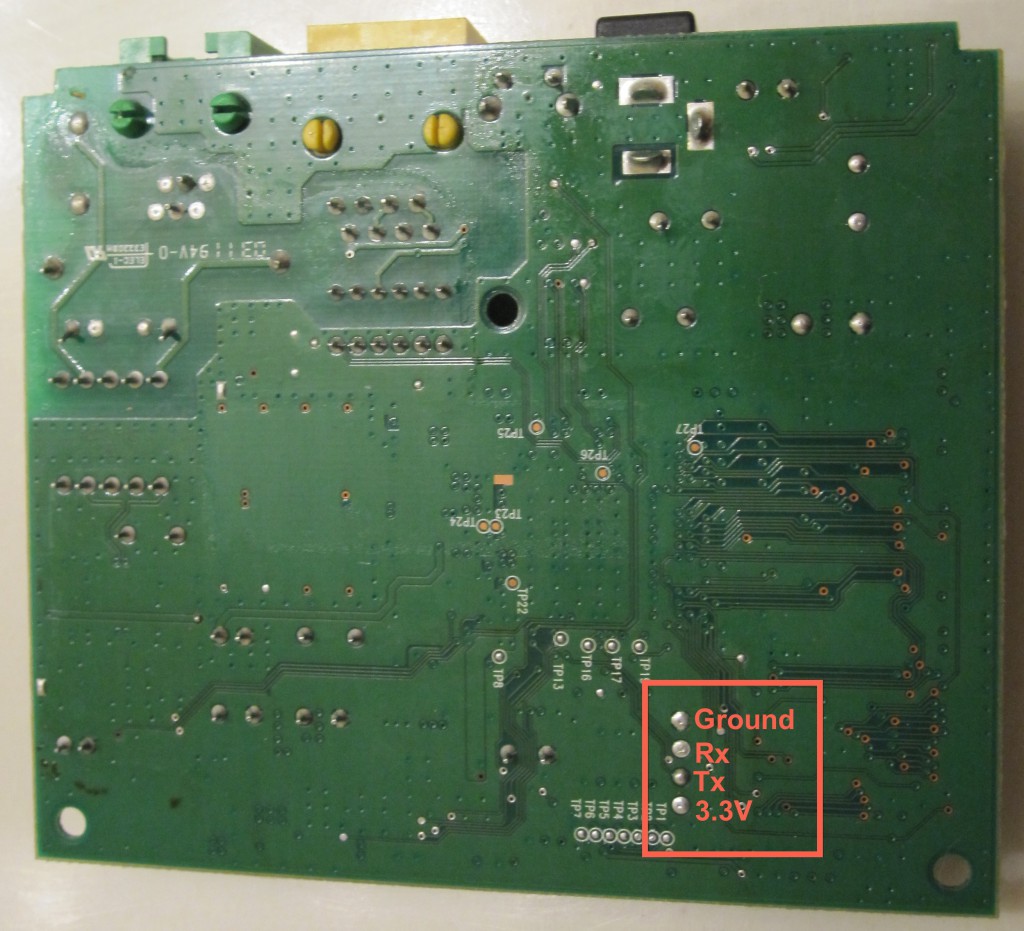 Bottom side of 2210 with UART interface labeled 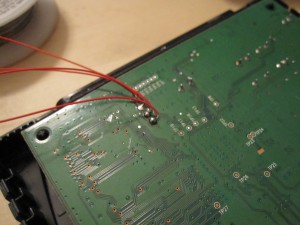 Serial connections to 2210 – Not my finest soldering job 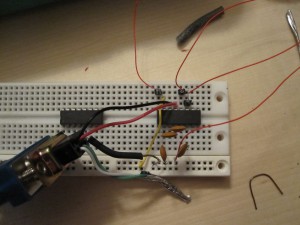 Through trial and error, the serial interface is 57600, 8, N, 1. I used HyperTerminal, but any serial terminal should work. You’ll be greeted with:

Login using admin for the username and your modem’s access code (printed on a sticker on the bottom case) as the password: